Creating an Oakland for all of us requires that we walk the talk about equity. This week, I attended the City's final community meeting about its Equity Indicators Report. Oakland's grade of 33.5% is an epic failure for racial equity. Oakland can do better than this.

Under Oakland's current administration and city council, the number of people living in homelessness has grown by nearly 40%. Nearly 3/4 of people without homes in Oakland are Black. More and more of our neighbors are living in tents under freeways every night.

This is unacceptable. The Equity Report gave Oakland a grade of 1 out of 100 in homelessness and an "F" overall in housing. No surprise here: the Equity Report attributes these failures to the City's misuse of resources, plus unchecked gentrification, lack of affordable housing, and discriminatory lending.

The Equity Report also concluded that the City of Oakland's policy of over-policing Black communities and bias in OPD has led to dismal racial disparities independent of the crime rate. Oakland received a grade of 1 out of 100 in public safety and economic equity categories including incarceration, use of force by police, and arrests of young people.

What we need is action. The current city council and the so-called 'bold values' of the administration just won't cut it anymore for Oaklanders suffering from the housing crisis and over-policing.

With less than 100 days until the November election, it's time to step up the fight for an Oakland for all of us. Join me at our campaign office opening on Grand Avenue next Saturday, August 11th at 10am! 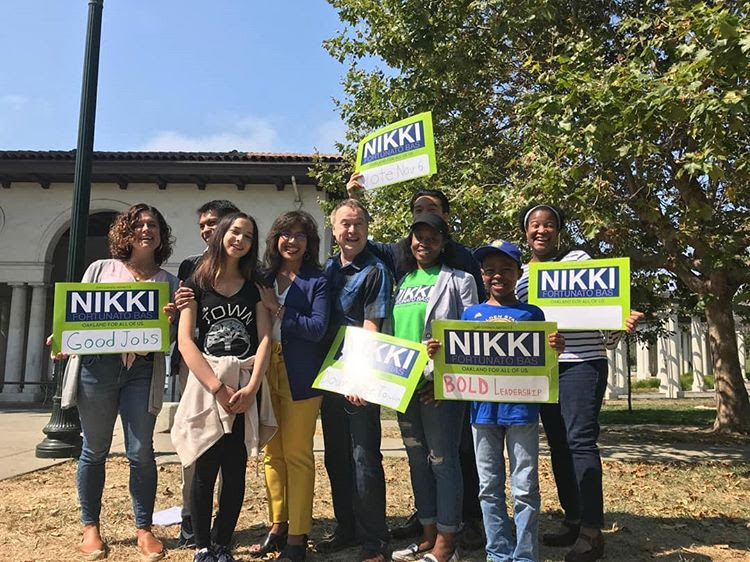 I am here for win-win solutions for Oakland. But it's up to us - the thousands of Oaklanders who have had enough of the status quo that is dragging us backward. We have a unique opportunity in this city to get it right, rather than settle for the way things are. Together, we can lead the nation and build real progressive political leadership in Oakland.

Come step up the fight with us at our office opening on Grand Avenue next Saturday, August 11th at 10am, then join us to go out and talk with our neighbors and voters!