Solutions at our fingertips

My heart is breaking for our homeless neighbors and for the City we love. Thirty-seven more residents are now without shelter because of the tragic fire in East Oakland. [1] Our City Council has failed to act with compassion or competence in dealing with this crisis. They plan to evict 100 people living in tents at Lake Merritt while offering our homeless neighbors nowhere to go. [2] I know you share my deep concern. I cannot express how urgent it is that we come together and talk to voters this Sunday about the REAL, compassionate solutions we have at our fingertips. People have nowhere to go, and it’s up to us to make those solutions happen because the current City Council is unable or unwilling to act.

Yesterday, I joined a rally at City Hall organized by unhoused neighbors who shared their stories and solutions. Inside the Council meeting, I was shocked by the lack of action by the current Councilmember and City Hall. 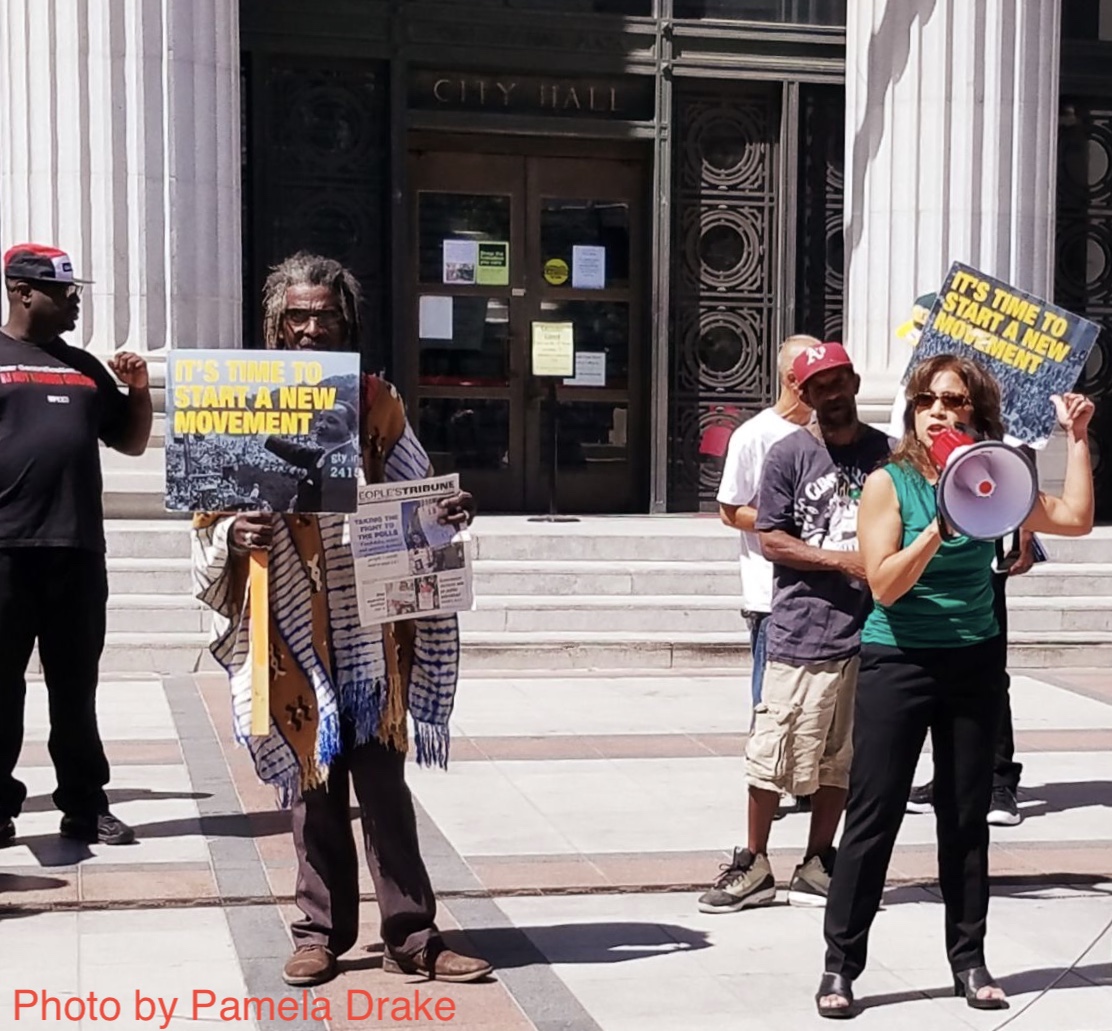 We’ve had years of broken promises from the incumbent. In 2015, he said he would lead efforts to create a public lands policy. Three years later, the City still has no policy; we could have built over 3,600 affordable housing units on City-owned vacant property. [4] In 2017, he declared that homeless people would be allowed to occupy vacant city-owned land and buildings, but he still hasn’t followed through. [5]

The current office holders are sitting on their hands instead of seizing opportunities. Concerned residents demanded that the City open abandoned buildings, like the Kaiser auditorium, to offer shelter to the 100 people being evicted from tents at the Lake, and the Edward Shands adult school campus in East Oakland for the 37 fire victims and others without shelter.

Instead of taking action, the current Councilmember pulled a publicity stunt, moving into a “tiny home” to draw attention to what is already obvious: our homeless crisis.

Meanwhile, he is evicting 100 people from tents and offering 20 tool sheds. Banning camping in parks is heartless and probably illegal. A recent Court ruling declared laws punishing people for sleeping in public when there is no available shelter to be cruel and unusual, in violation of the Constitution.

It’s time for City leadership to treat this crisis like the real emergency it is and immediately designate vacant public land and buildings for sanctioned homeless encampments. If there were an earthquake, we’d jump into action, not sit on our hands while more and more Oaklanders become homeless.

Let’s take the action City Council won’t! Join Neighbors for Nikki on Sunday to speak with voters and gather as a community. When I speak about our neighbors, I mean all our neighbors, including homeless Oaklanders living around the Lake and on the streets of our City.